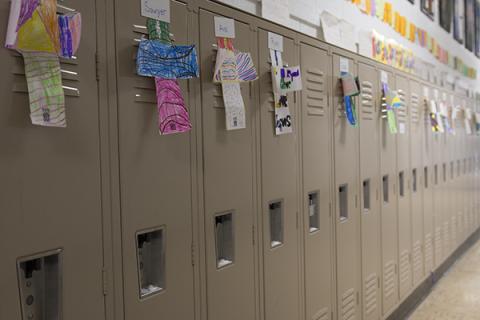 THE CHALLENGE
In the 2015–16 academic year, in an effort to stop enrollment decline in diocesan Catholic schools, Bishop David J. Walkowiak proposed the “Bishop’s Catholic School Initiative.” That effort resulted in initial enrollment growth of 3%. To support this positive momentum, the Diocese of Grand Rapids Catholic Schools contracted with FAITH Catholic for an integrated marketing plan to:

THE PLAN
FAITH Catholic designed a campaign that combined traditional advertising and grass- roots marketing, but also included digital and social advertising to drive traffic to a new, consumer website. The plan included services to provide:

THE EXECUTION
In March 2017, the school marketing campaign launched in the Diocese of Grand Rapids, beginning with a redesigned website for Catholic schools, CatholicSchools4U.org. The site features individual marketing pages for each of the 30 Catholic schools in the Diocese of Grand Rapids, an interactive “Find a School” section, timely blog posts and an up-to-date open house calendar.

A direct mail campaign launched simultaneously with a trifold brochure sent to every registered Catholic household in the diocese highlighting the benefits of Catholic education in the Diocese of Grand Rapids, followed by five themed postcards (Encounter | Achievement | Welcome | Dynamic | Joy) targeting families with school-aged children who are baptized Catholic, but not currently attending Catholic schools.

To leverage the internal stakeholders, parish and school marketing included posters, brochures, roller-shade banners, Mass announcements and bulletin ads. All materials were supplemented by professional photography of every school, and Spanish translations for the appropriate communities.

THE RESULT
On Sept. 21, 2017, the Diocese of Grand Rapids announced that enrollment has grown, with an increase of 55 students. Initial survey results indicate that, while personal referrals are by far the most influential marketing tool, FAITH Catholic’s integrated approach, including parish bulletin ads, direct mail, social media, search engine optimization (SEO) and billboards, had an impact on new families enrolling in Catholic schools. To build on the success of the first year's campaign, the Diocese of Grand Rapids recently signed on for a second year of Integrated Marketing support with FAITH Catholic.

The greatest marketing tool, however, is summed up best by one new parent, who said, “We came to the conclusion that Catholic schools provide an excellent education, but, most importantly, one that is centered around the core tenets of our Catholic faith.”