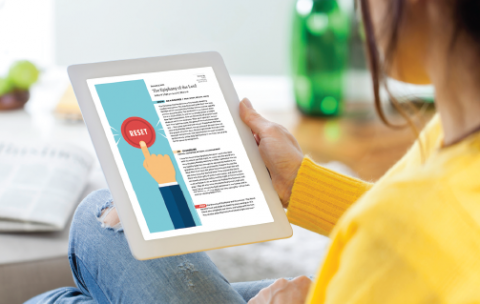 How do you envision a post-pandemic Church?

That’s one question Content Evangelist asked Church leaders in a recent poll gauging the post-pandemic recovery plans of dioceses across the nation. In an analysis of open-ended responses, more than half — 54 percent — predicted a smaller but stronger Church, at least in the near term. More than a third of respondents say the pandemic represents an opportunity for the Church to reach out, rebuild and reignite the faith of many who have fallen away from the faith, both before and during the pandemic. Fifteen percent of respondents believe the impact of digital technology on how the Church operates is here to stay (or should be), and 14 percent believe the Church must prioritize evangelization in the post-pandemic era.

Most leaders are concerned about Mass attendance

Sixty percent of participants in our survey of diocesan leaders are “very concerned” about whether people will return to their former practice of attending weekly Mass. Another 31 percenet are moderately concerned, while only 8 percent are nominally concerned that this will be an ongoing issue.

60%are “very concerned” about whether people will return to their former practice of attending weekly Mass.

Nearly all dioceses had a communication plan

Ninety-five percent of respondents said their diocese would undertake a communications plan to encourage people to return to Mass as the COVID-19 pandemic winds down.

Nearly half of respondents (49 percent) said their diocese is using digital and social media to encourage people  to return to public Mass, while a third are including “return to Mass” messages before or after their livestreamed or televised Masses.

25%of diocesan leaders said they are sending direct mail letters from the bishop to parishioners.

44%are placing announcements in parish bulletins and e-newsletters.

Annual diocesan appeals are under way as usual

Ninety-five percent of diocesan leaders in the survey reported their diocese is conducting its annual appeal this year. Of those that are running an appeal, 70 percent said the parish goals for the appeal had remained unchanged since the pandemic. Seventeen percent said their diocese had nominally cut parish goals for giving. Five percent cut parish goals substantially, while another 5 percent asked parishes to increase their goals due to dire needs caused by the pandemic. More than half of dioceses reported adding a digital component to their appeal campaign that had not been used in the past, while 30 percent added additional mailings and envelopes in churches. Forty percent of respondents said their campaigns haven’t changed, but are being conducted the same as in the past.

When asked the open-ended question, “What do you think will work best to encourage people to come back to Mass?” 57 percent of respondents said personal invitation at the parish level will be the key to encouraging the return of Catholics who previously attended weekend Mass. “Personal invitations always elicit the most participation,” one respondent said, summarizing dozens of comments. Another advised, “Reminders, reminders, reminders. The supernatural and powerful dignity of the Mass should speak for itself. But the people of God need help in understanding their hunger. Personal invitations through small groups, phone trees, direct mailing, family education/formation.” Twenty-one percent of replies included the idea that digital and social media were  keys to encouraging people to come back to Mass, while similar numbers of replies included hospitality and a welcoming environment, catechesis about the Eucharist, and evangelizing discipleship as pivotal in getting people to return.