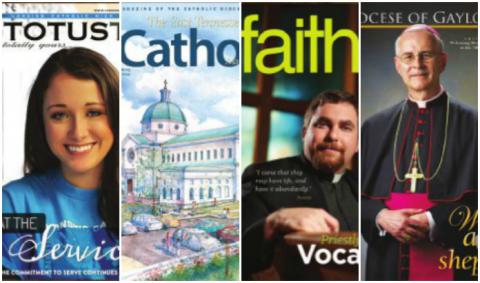 It will come as no surprise to anyone who knows me that I love to play Scrabble. I mean, what’s not to love about playing with words? I especially enjoy long, esoteric words­ — preferably with q or x in them.

However, I get beaten at this game often — and gleefully — by my son. His particular delight is dominating the game using nothing but two- and three-letter words. I may know “better” words, but he is a much better strategist. And strategy gets the job done.

When we think about evangelizing or spreading the Gospel message, strategy might not be the first thing that pops to mind. It may seem too prosaic for something so eternal. But some strategic planning can help us get the word out and get it heard. And surely we should employ every tool at our disposal when we are trying to do what Jesus told us: “Therefore go and make disciples of all nations, baptizing them in the name of the Father and of the Son and of the Holy Spirit, and teaching them to obey everything I have commanded you.”

In addition to regular diocesan magazines, FAITH Catholic works with other Catholic organizations that have focused messages they want to convey. They strategically determine their desired goals, ensure they craft their messages well and get them in front of the eyes of their desired audiences through strategically conceived special editions and specialty publications. Here are a few examples:

The Diocese of Knoxville had outgrown its home. Built with the purpose of functioning as a simple parish church, Sacred Heart Cathedral was straining at the seams in its role as cathedral.

It was too small to accommodate the celebration of diocesan events; in fact, its seating capacity was not enough for the entire student body of the parish’s school.

Additionally, the diocese’s parishes were burgeoning: in 2014, the diocese was one of the top 10 in the United States in number of conversions to the Catholic faith; it had received recognition for its high number of seminarians who were becoming priests; and its charitable efforts and health care initiatives for the poor had expanded.

East Tennessee Catholic Magazine was an ideal vehicle to lay out the case for the need in a way the entire diocese could understand; to showcase the plans for the new cathedral; and to keep potential donors up to date about the good work being done due to their generosity.

Readers were also directed to the diocesan website, where they can get campaign updates, and view construction through Cathedral Cam.

As part of its campaign to maintain and expand connections to alumni and prospective students, Lansing Catholic High School created Totus Tuus, a biannual magazine. Through stories about successful students and alumni, civic and charitable service by students and the efforts of generous volunteers, the magazine reinforces the strong values and Catholic identity provided by Catholic high school education. School President Tom Maloney uses the magazine to inform alumni and to reach out to members of the community who are looking for a faith-driven education for their children, or who want to support such work for others’ children.

3. The Diocese of Lansing

The target audience for the Priestly Vocation Stories book comprises young men who may be discerning a call to the priesthood — and their parents. At the beginning of this process, young men are hungry for information, and want to hear stories about others who have entered the seminary and been ordained. They also want to know what the various ministries and charisms of the priesthood are like. Their parents may have questions about what is involved in the formation process, and want to read about other men who are happy and fulfilled in their vocations .

Now in its second edition, this small booklet is a valuable tool for the Diocese of Lansing’s strong and nationally-known Vocation Department. The vocation director, Father John Linden, takes the book with him to talks, hands it out at retreats and parishes and uses it to give prospective seminarians an idea of what priesthood is really like. The book focuses on specific themes of priestly life, and illustrates them with a story from a priest who has reflected on that theme. For example, Father Tom Firestone related a childhood bout with rheumatic fever that led him to daily Mass attendance and, eventually, the priesthood. He wrote about the importance of living one day at a time, and let readers know that attending seminary is not a final decision, but a step along the vocational journey.

4. The Diocese of Gaylord

When Bishop Steven Raica was named the bishop of Gaylord, the diocese wanted to welcome him in a special way. Although they did not have a publication at the time, they recognized the value of a high-quality, full-color magazine to greet their new bishop and introduce him to his people. Communications Director Candace Neff worked with FAITH Catholic to prepare a special issue that included a biography of Bishop Raica, an interview with him and quotes from other bishops and priests. The magazine also had a catechetical purpose — explaining the nature of episcopal ordination, plus the various symbols used by a bishop. Through sales of welcome ads from other dioceses and organizations, the Diocese of Gaylord was able to finance the magazine and provide its people with information and a keepsake publication.