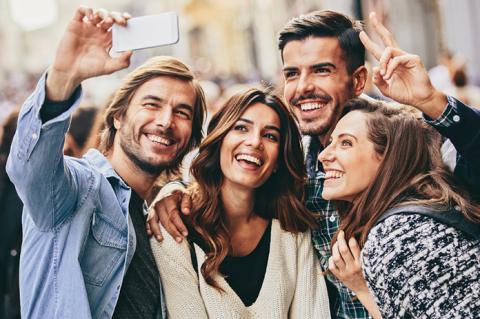 What do young adults believe about religion? Are they open to learning about Christianity? Can they be evangelized? And what’s the best way to communicate with Millennials? Should the Church put all its eggs in the social media basket on the assumption that young adults won’t engage with more than 140 characters at a time?

Current research on religious identity and media reveal important trends that dioceses should understand as they formulate new strategies for the New Evangelization. If Millennials are a target audience, the Church must adapt its communication methods to reach a generation of current and potential Catholics with relevant, informative content delivered how and where this vital cohort can find it.

Those who work in the Church are well-versed in the issues at the heart of declining religiosity. The waning rates of adherence and increasing secularization of American culture as a whole have resulted in a new generation that has little connection to organized religion, and this trend — documented most recently in Pew Research Center’s longitudinal Religious Landscape Study — confirms that “Nones” are the fastest growing sector in religious identification.

Overall, Christians have declined as a share of U.S. population, while other faiths and the unaffiliated are growing:*

Even those who have attended church as children tend to give up their religious practice as young adults.

According to Lifeway. com, “70 percent of young adults ages 23-30 stopped attending church regularly for at least a year between ages 18-22.”

On the other hand, young adults consider themselves spiritual, if not religious. Some research supports the conclusion that the issue for Millennials is their lack of affiliation, not their lack  of faith in God:

A Marist Institute poll found that, unlike previous generations which cite "starting a family" as their primary life goal in their twenties, the plurality of today’s Millennials seek to be spiritual, or "closer to God," as their primary long-term life goal.**

In their quest for a spiritual home, Millennials tend to  engage in a period of “audi-tioning” different beliefs.

In fact, young adults are on  the forefront of the trend to mix multiple faiths.  Among all adults who attend church at least yearly:*

Of those who attend multiple churches:

To reach Millennials and other spiritual seekers, dioceses must communicate using the most effective tools

Though religiosity continues to decline, our call to share the Good News of Jesus Christ does not diminish. With Millennials, their openness to exploring issues of faith represents an opportunity for evangelization, but dioceses must consider how best to communicate with this crucial audience.

Looking at ways in which people engage with secular media can direct Catholic publishers toward the most powerful and eff ective ways to reach their target audiences.

People of all ages are fully engaged with all forms of media. In fact, during an aver-age day, adults spend the equivalent of a full workday with some form of media or another.

They consume news and infor-mation in strikingly different ways than their parents and grandparents, and their habits of newsgathering and explo-ration are sophisticated and varied. As the first fully digital generation, they are completely comfortable using technology to keep themselves informed, and not surprisingly, digital and social media are their  primary means of following  the news. Among Millennials:*

85% say keeping up with the news is at least somewhat important to them
69% get news daily
45% regularly follow five or more “hard news” topics
86% usually see diverse opin-ions through social media
40% pay for at least one news-specific service, app, or digital subscription

The decline of the print newspaper model continues:

Print ad revenues are now the lowest they have been since 1950, when the News-paper Association of America began tracking industry data.

Revenues are down more than 50% in just the past five years alone.

Though younger audiences are the least likely to read print newspapers, they are the heaviest consumers of print magazines.

People under 35 read more print magazines than people over 35. In the month before they were surveyed:*

Digital editions are an effective tool to reach Millennials. Digital magazine readers tend to be young and  well-educated:*

Readers spend more time with print magazines than other forms of media and are inspired by the content with which they engage.*

61% of readers take action after seeing a print magazine ad

How to apply the research

Make it personal:
Create content that interests young adults and responds to their questions about spirituality and religious exploration.

Make it familiar:
Put content into a magazine format to attract and invite Millennials to engage with the Church.

Make it accessible:
Expand the reach of your diocesan publication into a digital format and use social media to push it toward new, young readers.