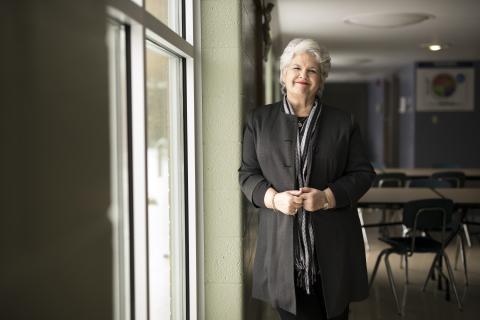 Elizabeth Solsburg was officially appointed permanent president and CEO of FAITH Catholic by the company’s board of directors at its regular meeting on January 14, 2021. Bishop Earl Boyea ratified the board’s action, expressing his “great confidence” in Solsburg’s ability to lead the company forward.

“Elizabeth Solsburg worked side-by-side with our founding president and CEO, Patrick O’Brien, for more than 16 years,” Bishop Boyea said. “In her previous role as vice president, she helped to develop the wonderful, positive culture at FAITH and she has been a central figure in growing the company for many years. I’m thrilled that she has taken the reins and will continue to lead the team at FAITH in this crucial new role. Elizabeth has my utmost respect and trust. She’s as sharp as they come, and most importantly, she’s a woman of deep faith.”

Prior to joining FAITH magazine in the Diocese of Lansing as assistant editor, Solsburg worked in a parish as its director of religious education. As FAITH grew from publishing one magazine to more than 60, Solsburg became the editorial director and, in 2014, she was named FAITH Catholic’s first corporate vice president. Solsburg attended St. John Provincial Seminary in Plymouth, Michigan and is a graduate of the University of Michigan, Roosevelt University in Chicago and Loyola University in New Orleans.

In addition to Solsburg’s permanent assignment, the company announced new clients from across North America:

FAITH Catholic is a nonprofit corporation sponsored by the Catholic Diocese of Lansing established to serve the Church. Its mission is to connect people with Jesus and his Church.