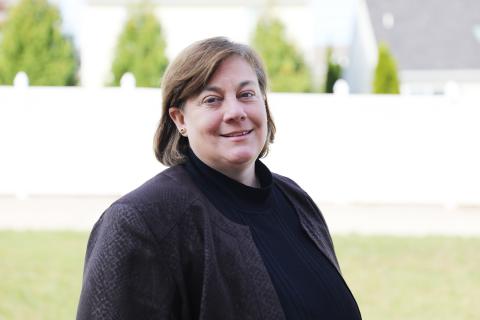 Conley comes to FAITH with more than 20 years of experience in finance and accounting and over 10 years of experience in a leadership role. She previously served as chief financial officer for SoloHill Engineering, director of operations for Pall Corporation’s Ann Arbor facility and Plant Manager for Pall Corporation’s Putnam, Connecticut facility.  Kris holds a BA in accounting from Central Michigan University. She started at FAITH Catholic on Sept. 4. “Kris brings a depth of knowledge and experience to the role that we are eager to put to good use,” FAITH president and CEO Patrick O’Brien said.

Peter Wagner retired after a decade of service to FAITH Catholic. O'Brien appreciated his long tenure and varied roles within the company. "Peter was involved with FAITH from our earliest days, having served on our advisory board. He led our company’s finance department, worked on developing our web business, and for a number of years, led our technology team." O'Brien noted that Wagner also was instrumental in bringing MassTimes.org into the FAITH Catholic fold. He will continue to run MassTimes.org. ““On behalf of everyone at FAITH Catholic, I thank Peter Wagner for his dedicated years of service as CFO,” O’Brien said. "I will be forever grateful to Peter for his contributions to FAITH Catholic. May God bless him as he wraps up his time with us and starts this new phase in life,” O’Brien said.

Kris Conley, FAITH Catholic Controller, can be reached at  kconley@faithcatholic.com. Peter Wagner can be contacted at pwagner@masstimes.org.

FAITH Catholic, America’s largest publisher of Catholic magazines, is a nonprofit corporation sponsored by the Catholic Diocese of Lansing established to serve the Church. Its mission is to connect people with Jesus and his Church.